Some years ago, as a young woman, I had the privilege of getting to know a group of fun-loving older ladies. Every so often, they would get together along with others, and have card playing parties. My husband and I were always invited. I went for the food. Most of them were widowed and one in particular was widowed and lived alone.

It was at that time, that I really understood the phrase “alone but not lonely”. 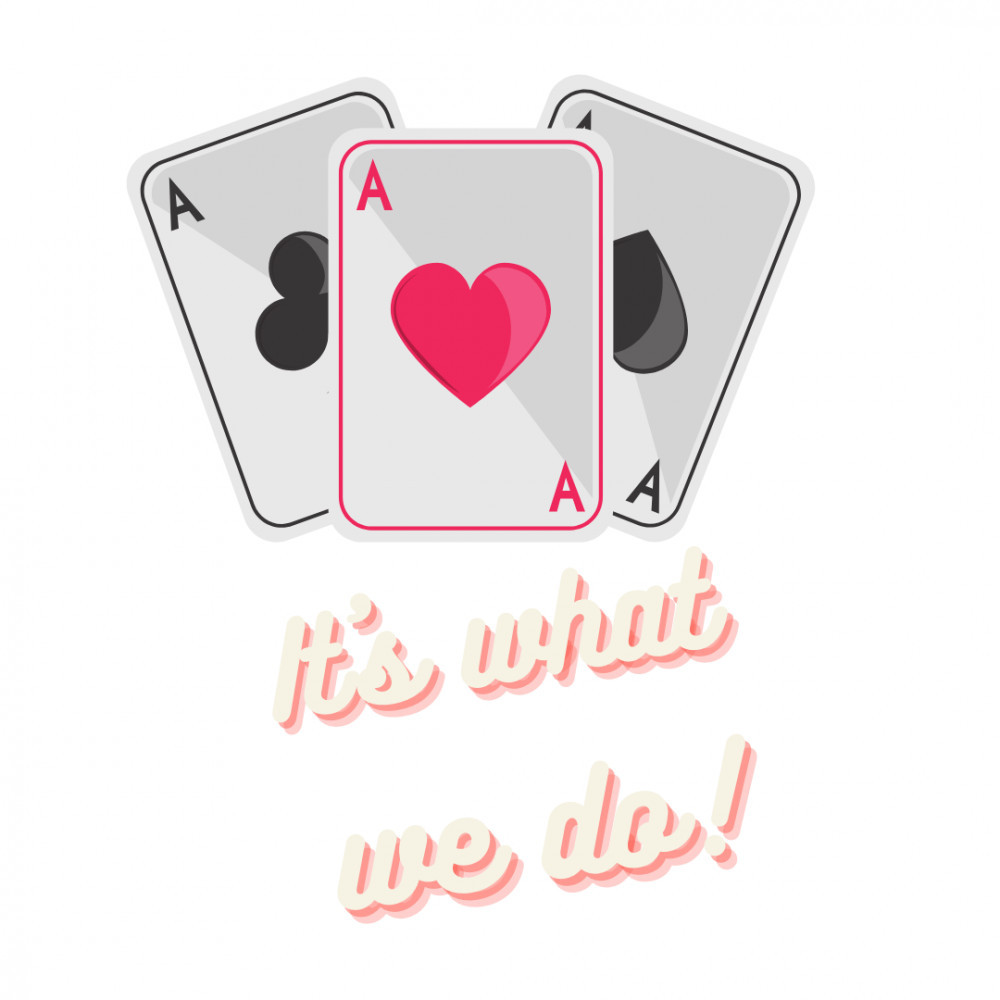 I’d like to introduce you to these party gals. The names have been changed to protect the innocent and the guilty.

Bea was the host of the card playing parties. She had an old 2-story house that was probably about 2600 square feet. They lay out of the house was probably good for the time it was built. The living room and dining areas were opened to each other. So when people came over, there was plenty of room for them and the food.

Bea was a character. She always had an opinion. I don’t think she had any shortage of friends and visitors. Here’s the thing about Bea. People would come to her to learn about their future and help to solve problems. She had tarot cards that she used to tell her customers about their lives and futures.

I used to wonder if she knew anything about me. She was the kind of fortune-teller who only read the tarot cards and that was pretty much the extent of her powers.

She believed in God but did not attend church. Early in the morning, she would go outside and talk to nature (the trees) because to her, it was like taking to the heavenly Father.

Sis Mary (again not the actual name) was an avid church member. She attended services whenever there was service. We were members of the same church for a while. As time went by, I realize I hadn’t seen Sis Mary in weeks. Weeks turned into months and no Sis Mary.

Oh well, I thought, after all, it was not uncommon for a person to change their membership to a different church. It wasn’t until I met the card party ladies, that I saw Sis Mary. To my utter surprise, this church going lady was no longer going to church.

She was in a backslidden position. Not only did she no longer attend church, she was a smoker, she drank alcohol and used profanity on occasion. Sis Mary also found herself a boyfriend. I’m glad her pleasant smile and niceness did not change. She was still sweet and kind.

Sis Mary had a sister who was in the group. I’ll call her Miss Cora. I didn’t know Miss Cora as well as I knew Bea, and Sis Mary. Sis Mary and Miss Cora lived together and owned their house. They lived across the street from Bea, so they visited each other often.

While Sis Mary always looked wild to me, especially the way she wore her hair. It was fluffed up all over her head with no particular style. Her sister Miss Cora, always looked like her hair was just styled and was always in a dress, unlike Miss Mary.

Miss Cora bought food to the card playing party and she played cards. That’s about as much as I knew about Miss Cora.

Another member of the card playing group was a lady who lived down the street from Bea. She was small and short. She seemed reserved and not as outgoing as the others I mentioned. Miss Peg is about as good a name as any, so that is what I’ll call her.

Miss Peg was at one of the parties and she was probably a little tipsy when she started talking. She was talking about how she would defend herself if she were ever in a defensive situation. She told the others about the knife she always carried and that she would cut an s-o-b.

I laughed to myself because in order for her to cut anybody, they would have to stand still and allow her to do some damage.

I need to mention one other lady. This lady is the reason I decided to write about being alone but not lonely. Of all the ladies that I mentioned, this one lived completely alone. She must have been loved by the ladies because they would always check on her, making sure she was okay.

Mrs Hooper was an attractive woman and was always well-dressed. She lived in Bea’s neighborhood in an apartment further down the street from the other ladies. I thought of her as a really classy senior. She wasn’t loud and a little crazy like the others, but she was very much a part of the party.

She was alone, but there were friends to talk to and visit every day. Need to go shopping, have a doctor visit, come over for dinner, I just put on a fresh pot of coffee, join me. Those were the kind of phrases that these ladies would communicate to each other.

We Have Each Other 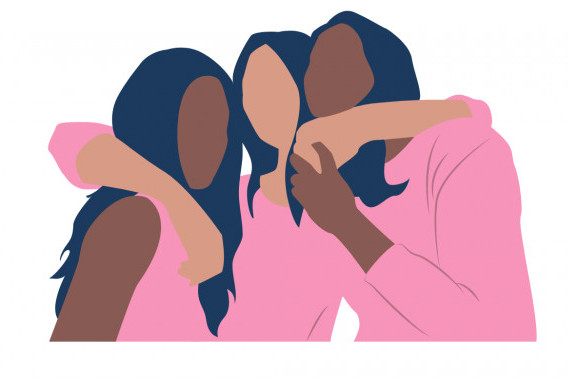 Living alone does not always equate to being lonely. Many senior ladies live very active lives. Staying active at home can be accomplished with some imagination.

Fast forward years later, I am now the older lady and widowed. I took notice of how many women at my church, in my age group were widowed and lived alone. These ladies did alright for themselves financially. We all loved coming to church.

I came up with the idea of forming a group for us single older ladies. We were all grandmothers and most of us were retired. The activities we came up with in our group were simply amazing. No topic was off limits.

We had to change our strategy due to Covid-19. Thank goodness for Facebook, Zoom, phone texting, and even the US mail. We challenged each other to accomplish various viable ideas we would think of. Who ever actually succeeded was rewarded.

The one thing that surprised me about the ladies is how long they’d been widowed. One of the ladies told me her husband died 19 years ago. My eyes bucked because she was an attractive person and still single. She said, she thought about her husband every day. I smiled with teary eyes.

She owned her house, with family and friends around her. I called her blessed. I’m sure she had her reasons for not marrying again. Now that I’ve been widowed for several years, having a man in my life, is not so important. I think that if I were a younger widow, getting married would have probably been on my radar.

As I mentioned before, the ladies in the group were doing well financially, so they didn’t need a man to take care of them. The thing that may have been missing is someone to sleep and have sex with. So if a person can do without that kind of companionship, then being alone is not lonely.

My Uncle the Widower 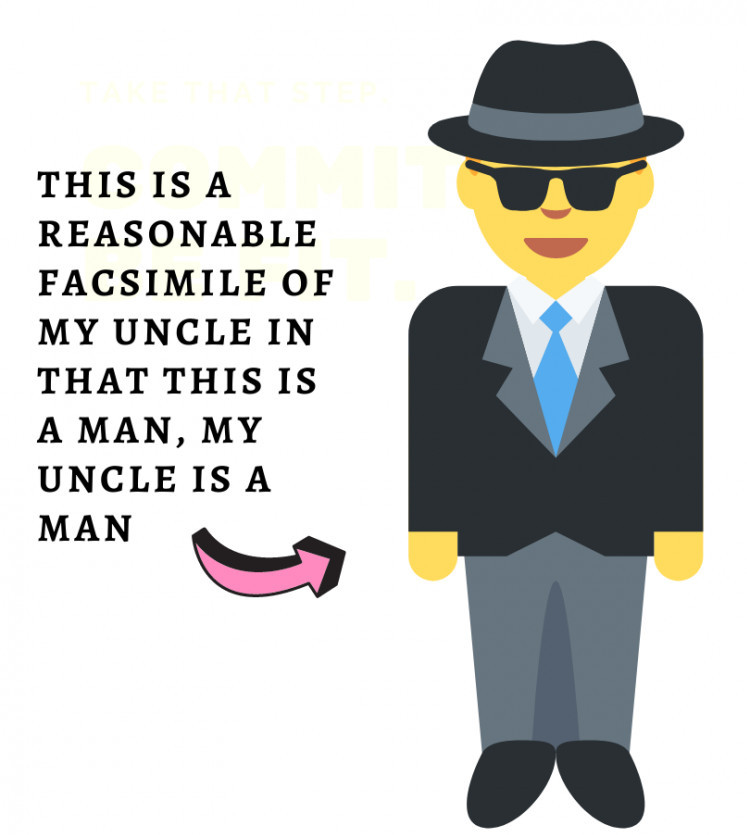 My personal experience is not unlike many other single senior ladies. In my head I knew my husband was gone, but emotionally I struggled for a long time.

Sidebar: my uncle who is 80ish became a widower when his much younger wife passed away. I saw him at church after about a year or so and we talked. I wanted to know how he was doing since his wife died.

When his wife was with him, he was overbearing at times as he was trying to prove how much power he had as the man of the house. She left him several times before he finally got what ever she left him for. By the time were empty nesters, he had settled down quite a bit and was very attentive to her.

I remember he had mentioned that he just wanted to make his wife happy. I think there were times when she pushed to hard, after all he was up there in age and his energy level was not the same as hers.

My uncle’s reply to me on how he was doing since the death of his wife was: “I’m doing great, I travel here and there ministering the Word. I’m free!” I’m free? I was thinking in my head….as surprising as his answer was, I knew exactly what he meant.

I needed to close that subject quickly, so I went on to something else. My uncle was in his 80s and didn’t have to wear glasses and had no problems driving at night. “Why didn’t I get those good genes” I playfully said to him ( I was actually serious).

How to Not Be Lonely 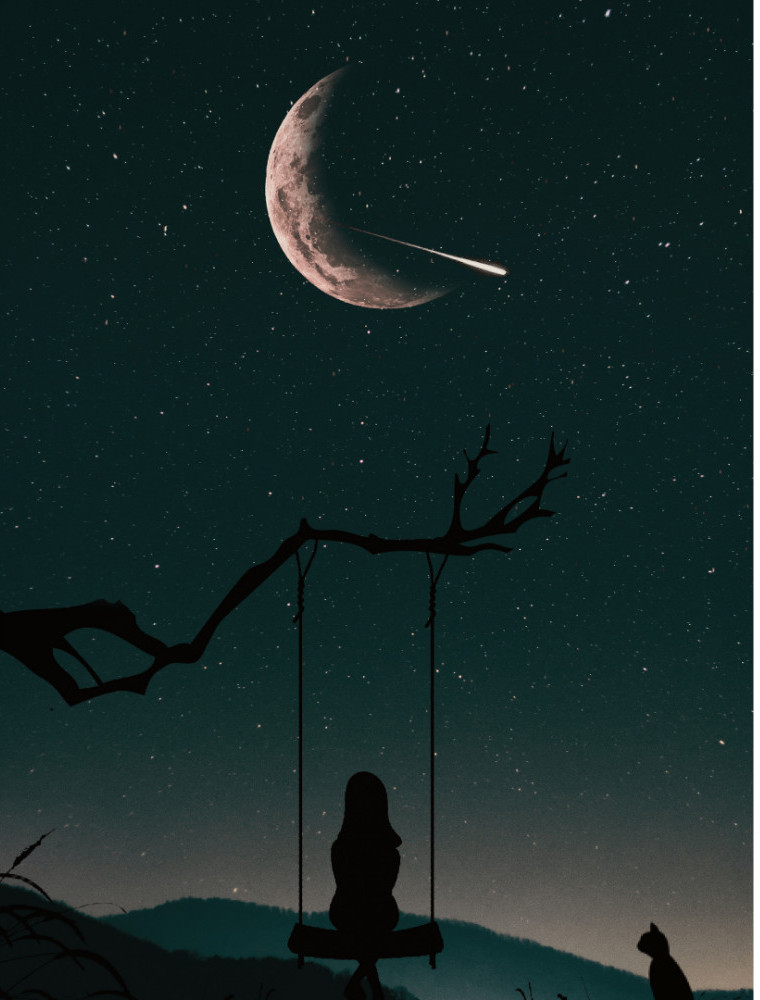 Picture this: you live alone, family and or friends love being around you. You are an active member of your church, and you have a small circle of like-minded ladies. If you still feel lonely, you have bigger issues.

Just prior to my husband passing away, we moved into a very small studio apartment because of financial challenges. After he passed away, I continued to live there by myself. It was very pleasant and very peaceful. My grand kids would come over often on the weekends, and when they left I was good being by myself again.

I was an active volunteer in my community.  At my church, I took on various leadership roles.  The end of the year holidays were the best with family and friends.

It’s important to keep an open mind and use your creative imagination.  Unless you are dealing with depression or other mental illness, there is no reason you should be lonely.

I have a friend who became a widow in her 50s. While she was a very intelligent person, to look at her you would think there was some retardation. Both she and her husband had a form of mental handicap.

When he passed away, she decided to move to another state to be near a family member. Living with that family member didn’t work out, so she moved out on her own, found a job, a new church and is doing very well. She sends us pictures of herself every Sunday as she is on her way to church.

If someone like my friend could move away and make a new life for herself, you and I don’t have any excuses. Social media is a wonderful thing. People can stay in touch, send pictures, and talk face to face.

Are you alone but not lonely?

Be Blessed Everyone and Be a Blessing